The Sierra High School eSports team defeated Upton High School (Wyoming) for the mountain regional championship in the game of Smite 2-0. In their inaugural season, the Smite team has made school history by putting the Stallions on the national stage with this championship!

The Sierra eSports team began this year after interested was expressed from a number of kids in the school. They were looking for a different way to get involved and showcase their talents in an untraditional setting. Unfortunately, COVID put a dent into our plans to get started last school year when districts across the country shut down at spring break.

“Starting E-sports at Sierra has been a wild ride.  We started with 3 kids and it snowballed into having 30.  Our players were very excited to have the opportunity to represent their school and compete against other schools.  Their goal for this year was to win a championship in something.  This is not easy for a first-year program.  They kept grinding and competing and due to their hard work and the hard work of our assistant coach Shawna Peterson, they achieved their goal of a regional championship. On behalf of our program, we want to thank the Sierra High School Admin team and everyone in the district office that made this opportunity possible for our players. ” (James Disney Head Coach)

Also, when looking back at previous seasons Sierra is the first school in Colorado Springs with playoff success in eSports. 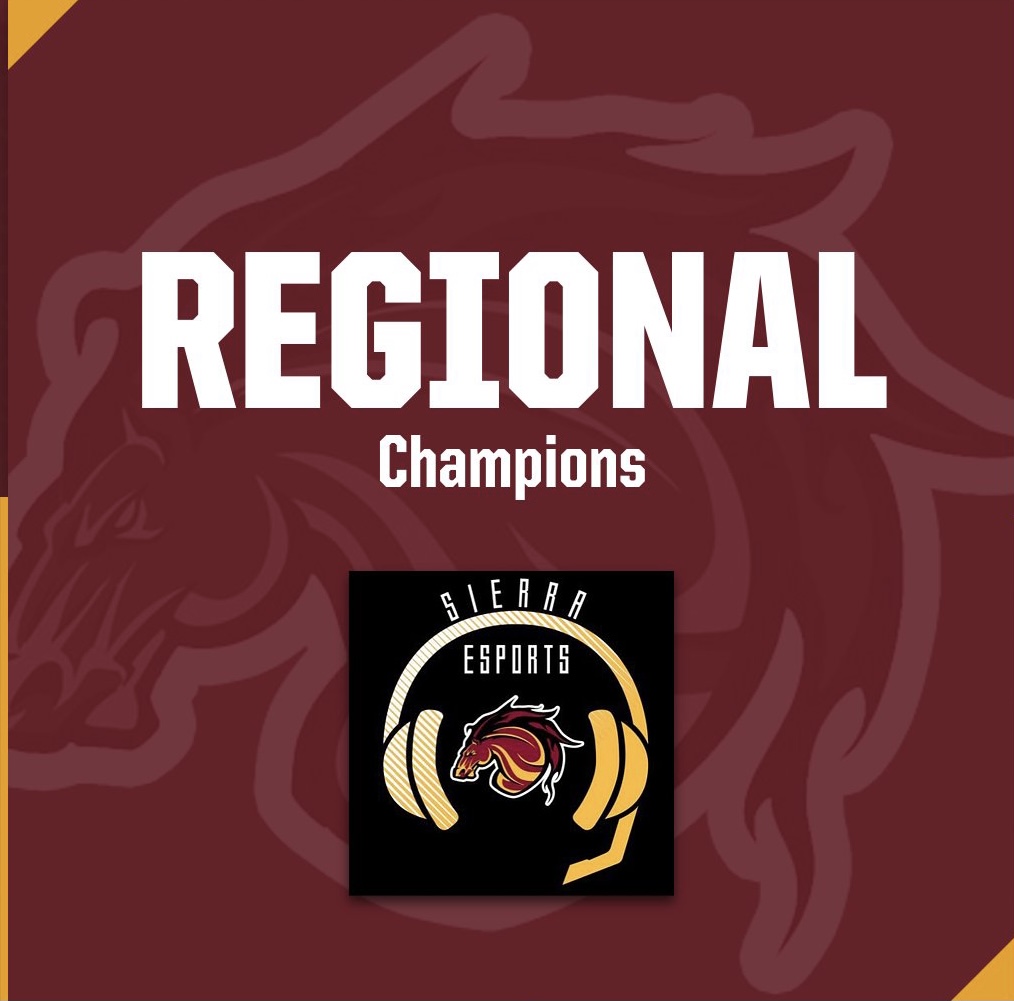